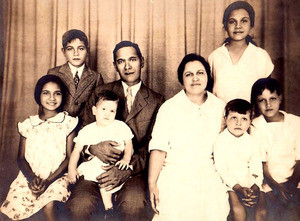 Edmund Kealoha Parker Sr. was the sixth of seven children born to Arthur and Eva Parker in Honolulu, Hawaii on March 19,1931. Being raised a member of the Church of Jesus Christ of Latter-day Saints, Ed’s parents’ exemplary belief in God and the gospel of Jesus Christ was engraved in his soul at an early age.

Growing up in a very rough neighborhood in Kalihi, his religious and moral values were a constant source of confrontation. Ed excelled in boxing and Judo in his early teenage years. At the age of 16 he was accepted as a student of Frank Chow in Kenpo Karate. Ed quickly became an addict to the arts. After learning all he could as a student, Frank recommended Ed continue his instruction under Frank’s brother, Professor William K. S. Chow – a student of James Mitose. Witnessing the Professor move for the first time was a deeply spiritual experience for Ed and it was at that moment he know from the depths of his soul, Kenpo would be his life’s work. 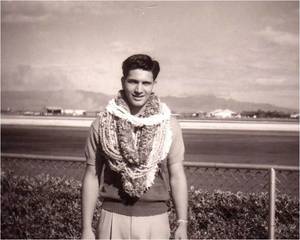 Soon after graduating from Kamehameha High School, Ed was accepted to Brigham Young University (BYU) in Provo, Utah. Ed not only dedicated himself to his academic studies, but also his martial arts training. In his pursuit of master of Kenpo and his goal of the coveted black belt in Chow’s Art of Kenpo Karate, the onset of the Korean War would delay his progress. After a 3-year stint in the United States Coast Guard, Ed’s goal of attaining his black belt was finally realized on June 5, 1953. 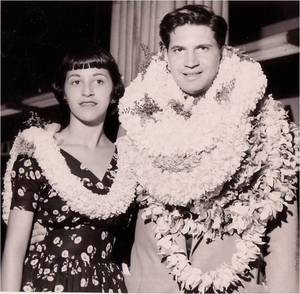 Upon graduating from BYU with a Bachelor’s in Sociology in June of 1956, Ed and his wife Leilani moved to California and decided to venture off to open his first Kenpo Karate Studio in Pasadena, California. Many doors were opened for Ed, as he became well known in Hollywood and trained a great many stunt men and celebrities; most notable was Elvis Presley. Kenpo began to evolve as Ed sought to create a combative martial arts system that would suit the American mind-set enabling one to execute multiple strikes to several opponents in various directions. These innovative paths lead him to become a prolific writer authoring numerous books, teaching manuals and journals.

Ed’s rapidly expanding national and global following led him to change the name of his Kenpo Karate Association to the International Kenpo Karate Association in 1956. Throughout the next three decades, Ed found himself leading, directing and servicing an ever-increasing number of international groups across several continents, from Europe, South America, Australia, South Africa and the Oceanic region of New Zealand. 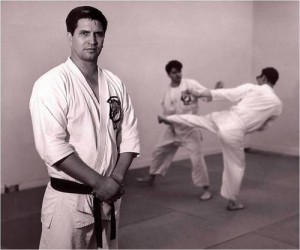 In 1964, Ed started the 1st Annual International Karate Championships held in Long Beach, CA. Participants from many different styles came to take part in this tournament fostering connections in the martial arts world. This historical event would be the vehicle that would launch the careers of the legendary Bruce Lee, Chuck Norris and many other prominent martial artists.

Line upon line, precept upon precept, Ed created his own unique symphony of motion – a masterpiece called “American Kenpo”. Through his writings and achievements, Ed became one of the most innovative and successful influences in the Martial Arts world. A pioneer who dared to believe, dared to question, dared to act rather than be acted upon. Although Edmund Kealoha Parker, Sr. passed away December 15, 1990, his legacy lives on in each lesson taught, each technique performed, each quote recited, each story re-told, and memory shared.