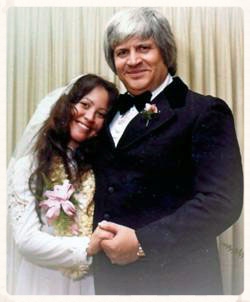 Following my dad’s funeral, I received a phone call from a grandmother of a student from one of my dad’s black belts in Texas. Although her name escapes me, her story has made a lasting impression. Many years prior, this grandmother had attended a seminar with one of her grandsons where my father was teaching. There had been much excitement building up to his arrival and all the students and parents were eager to meet this daunting senior grandmaster of American Kenpo.

Just prior to the time of the seminar no one was able to find Mr. Parker. When they found him he was in the corner sitting on the floor with the young children showing them how to fold paper airplanes. As they moved closer they could hear him explaining how to fold the paper to make special planes made for speed and distance. Shocked by his humility and obvious love of these students, this woman was deeply touched and moved that a man so accomplished would take the time to teach these little children.

After the seminar the woman introduced herself and grandson to my father and shared where her grandson was attending school and a little about their family. Many years later, they would again meet. Upon their meeting my father went right up to them, called them by name and asked them specific questions related to their first brief meeting. The woman told me she will never forget my dad and how special he made her and her grandson feel and it was unlikely she would ever met another man like him. 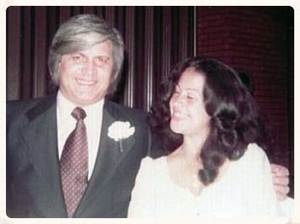 As a young child I remember that life in our house was always busy. When my father was home the phone rang continuously. I don’t remember very many calm moments when my dad was around. As I got older, my father expanded his business to the point that he had business associates, studios and students all over the world. The growth of his enterprise changed the dynamics of our family. His time at home was limited as he travelled to present seminars, promote students, attend tournaments and visit franchises. On the occasions when my dad was available to do something with the family we would cancel any previous plans to spend time with him.

My dad was very affectionate. He loved his children and was never apprehensive when it came to kissing us on the cheek or on the top of our head when we were in public – even when we were adults. He also loved each and every one of his grandchildren and was extremely happy when they were around. He wasn’t comfortable talking to us about things like boyfriends or our personal life; however the boys we dated did undergo an interview and a lecture from him before we went out on a date. My mom was the one who filled my dad in on the more personal issues in our lives. The only dating advice we received from my dad was that we were not allowed to marry a karate guy! 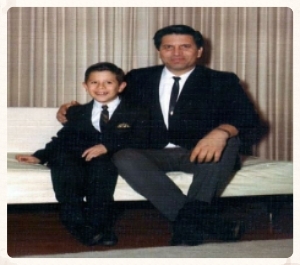 I wish that I had the time and ability to convey all that my father was and is to me and what I learned and shared with him. My father was a Grandmaster of logic, and he applied his logic in everything he did in life. He constantly sought out the positive in everything he came in contact with. He especially enjoyed applying logic to Kenpo and knew that through logic answers can be found.

Through the years that I spent with him until his passing, we did develop a deep father and son relationship. A bond that took a lot of effort on both parts to reach, but was attained. I know of many men who lose their fathers at death with unfulfilled desires or moments before having a friendship established. I am happy to say that I said good-bye to my father and friend without regrets. We had a full life together as friends. I feel that he is still alive and sharing his teachings and stories in a way for us to keep him here with us. I will enjoy sharing the teachings and memories I have of him with our son whom I named after him.

My father travelled most weekends when I was growing up so weekends with dad were cherished. In contrast to tournaments, seminars and lessons, our home was my father’s sanctuary. Home was where he could relax and spend time with his family. It was an unspoken rule that certain friends should not be brought into our home. Once you made the “approved friend list” however, my father embraced our friends into the family like his own children, accompanying us on family vacations, activities and dinner outings. In reflecting back on this, I realized my dad had very little downtime so he did not wish to bring a lot of outsiders or distractions to his time at home.

Late nights in our home you’d typically find only one small light illuminating over a pad of paper with my father in his home office, feverishly writing his thoughts; later to be used in manuscripts, books and other publications. On those weekends, he would often take both my sister Sheri and I to the local market to buy packages of red and black licorice or to the ice cream parlor. Carrying on this tradition must have brought back special memories of his childhood. Since my grandfather worked late nights, I found out later he would wake my father up late at night along with his other siblings and have secret ice cream parties and give them red and black licorice.

On Sundays we always attended church. My father had a beautiful tenor voice. Even today, when I am at church singing, I often can hear his powerful voice singing in unison with me. At least once during the church service he would doze off. A gentle elbow nudge was all he needed to wake up just before the point of snoring. He would always look down at me very lovingly, appreciative that I had skirted what may have been an embarrassing moment. 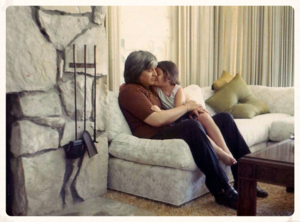 There was a side to my father I think the majority of the martial arts world never saw. To me, I think it was the most important thing a man could ever possess—and something, I feel, most martial artists seldom truly obtain. His testimony and knowledge of gospel principles was the underlying key to his success. His drive was to help others and spread his system throughout the world. He knew his talents were God given, and, therefore, never took what he had for granted. Power and greed were not his goals in life. Success was obtained through his ability to put his goals in the right perspective. His success did not rest merely in his innovations to the martial arts, but continues to lie within the thousands of individuals whose lives he helped to change and continues to change to this day.

I believe everybody has a purpose here on earth. However, I feel there are certain people that are sent to help revolutionize life in some way, shape or form, and I believe my Father was one of them.

My parents raised us with love and gave us direction. We knew where we came from, what our purpose was on earth, and we knew where we were going. When we were faced with opposition, we knew how to deal with it, and knew how to overcome it. We knew how temporary this life is and how important it was not to have the attitude of living for today, but to live our lives so that we could be of help to others. Our scope on life is eternal and we know even though life can dish out overwhelmingly hard setback, those things are trivial and minute when put into perspective.